Christianity is one of the world’s main religious faiths. It is estimated that more than two billion people around the world describe themselves as Christians. Christians are followers of Jesus Christ who would say that discovering him, his teaching and his love for them has transformed their lives.

‘Christianity, if false, is of no importance, and, if true, of infinite importance. The one thing it cannot be is moderately important.’
CS Lewis

Who is Jesus Christ?

Jesus Christ was born into a Jewish family who lived in Nazareth in the Middle East about 2,000 years ago. From the age of about 30, Jesus travelled around teaching people and offering them forgiveness, healing, and a way for everyone to get to know God for themselves. His life and teachings are documented in the Bible. His teaching about life, love, forgiveness, relationships and many other topics drew huge crowds. But he provoked controversy too. Many religious leaders of the time considered his statements about himself and his actions to be blasphemy – an insult to God.

After three years Jesus was arrested, put on trial and executed by crucifixion. Christianity teaches that he rose from the dead three days later. This miraculous resurrection is a central belief of the Christian faith. Jesus then spent more time with his followers before returning to heaven.

Thousands of people came to hear Jesus speak but he had a core of 12 followers known as disciples. They, and those who later joined them, were the first people to be called Christians. They left Jerusalem, as Jesus had instructed, and went out telling people about his life, death, and resurrection and passing on his teaching.

Over the following centuries, Christianity spread across Africa, Europe, Asia and beyond. It has had a major impact on many societies, influencing areas such as education, politics, health care, the legal system and culture. 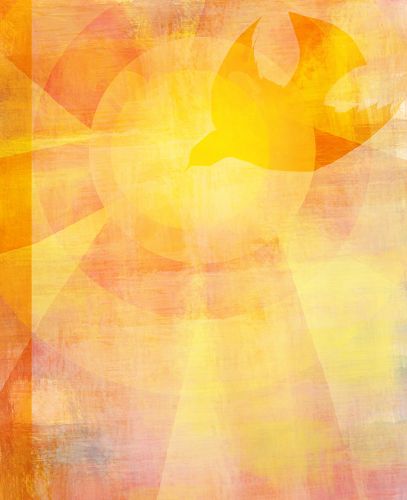 It is impossible to explain God fully, but we can learn about him. Christianity teaches that God made the universe and sustains it minute-by-minute. He is perfect, good, just and loving. But there are aspects of God that are beyond human understanding, for example, he exists outside space and time. And yet Christianity teaches that every person can know God intimately and that this is what he desires too. He created people to have a close relationship with him.

Christianity teaches that God exists in three distinct elements: Father, Son and Holy Spirit, known as the Trinity. The Son is Jesus Christ, God in human form. The role of the Holy Spirit includes working in the lives of people. The best way to find out what God is like is to find out about Jesus Christ.

‘There is a widespread impression in the public that science and God don’t mix. That’s curious because if you think of the rise of science, all its pioneers believed in God. In fact, they were Christians.’
John Lennox