The Bible is the most important book in Christianity. Christians believe it is inspired by God and very relevant for life today but must be interpreted carefully to be understood properly. The Bible’s literary influence is huge, and our everyday language includes many words and phrases taken from it such as ‘scapegoat’, ‘Good Samaritan’ and ‘from strength to strength’.

‘The Bible is a love letter from God’
Nicky 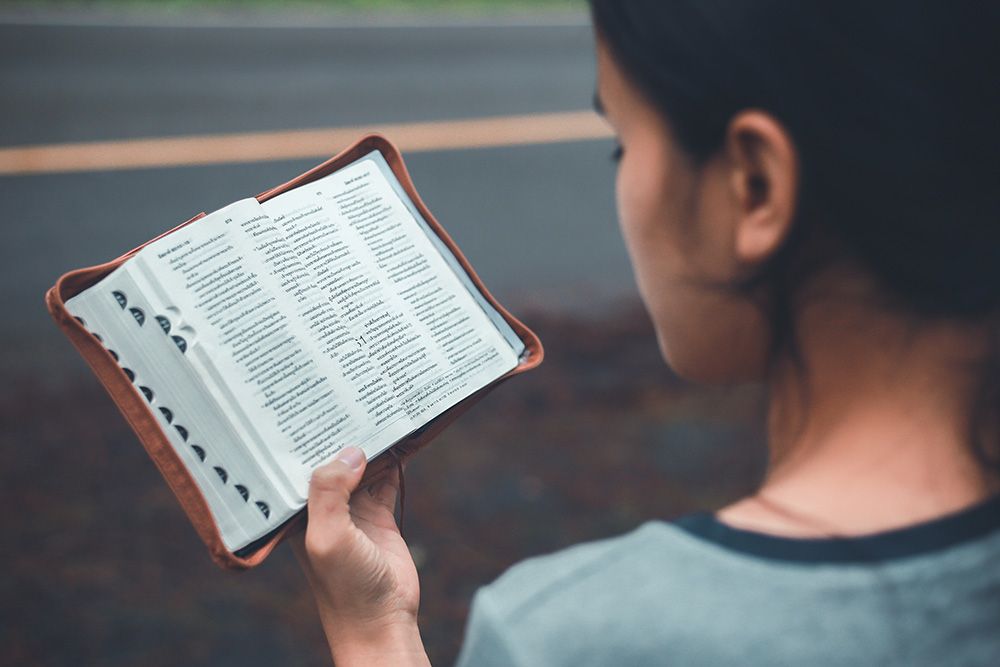 The Bible is not one book but a collection of 66 writings, or ‘books’, written over a period of 1,200 years by many different authors. They are grouped into two sections: the Old Testament and the New Testament.

The Old Testament makes up the first 39 ‘books’ of the Bible. Most of it is the story of the Jewish people including great figures such as Abraham, Moses, and King David. It spans from around 2,000 BCE to 400 BCE. The earliest surviving manuscripts are the Dead Sea Scrolls. The Old Testament contains accounts of the history of Israel, such as the Exodus from Egypt and the exile in Babylon; poetry; prophetic writings and wise sayings.

The New Testament comprises 27 books which include descriptions of the life and teachings of Jesus Christ and letters to the growing Christian communities of the first century CE. It starts with four accounts of the life of Jesus, known as the Gospels. The next book, Acts, describes the birth and growth of the Christian Church. As well as the Gospels, the New Testament contains letters to various early Christian churches and their leaders. The last book, Revelation, is very different and is full of vivid imagery about heaven and the future.

‘The Gospels are my favourite ... words spoken by Jesus are just so impactful and bring life to me’
Letitia

Many organisations offer free copies of the New Testament or the whole Bible either digitally or in hard copy: